There are officially 203 days left until Christmas in 2017 but hey, who says you can’t plan in advance??? Especially when Christmas involves Harry Potter!

Starting in November Universal Studios Hollywood will introduce “Christmas in The Wizarding World of Harry Potter,” transforming Hogwarts castle into a breathtaking light projection show that captures the spirt of the yuletide season.

Hogsmeade village will also shine brightly as the quaint town celebrates with festive décor uniquely themed to each of the individual storefronts, along with holiday-themed food and beverages including hot Butterbeer.

The architecturally stunning land also includes the  captivating and highly acclaimed “Harry Potter and the Forbidden Journey” thrill ride, now enhanced with 4K-HD and ride film projecting at an astounding rate of 120 frames-per-second for an even more immersive glimpse into Harry Potter’s world, as well as “Flight of the Hippogriff™,” Universal Studios Hollywood’s first outdoor family coaster.

What Will The Village Look Like At Christmas Time?

Want to know what are the best spots in Universal Studios for Tween Kids? You know, the ones that are not quite teens but act like it? Read my review of  a “Tweens Guide to Universal Studios” for the best spots to eat, best shows to see, best rides to ride and best character meet and greets. Because let’s face it. Even 11 year olds secretly enjoy meeting Gru because he is a master super villian. Just click the picture below! 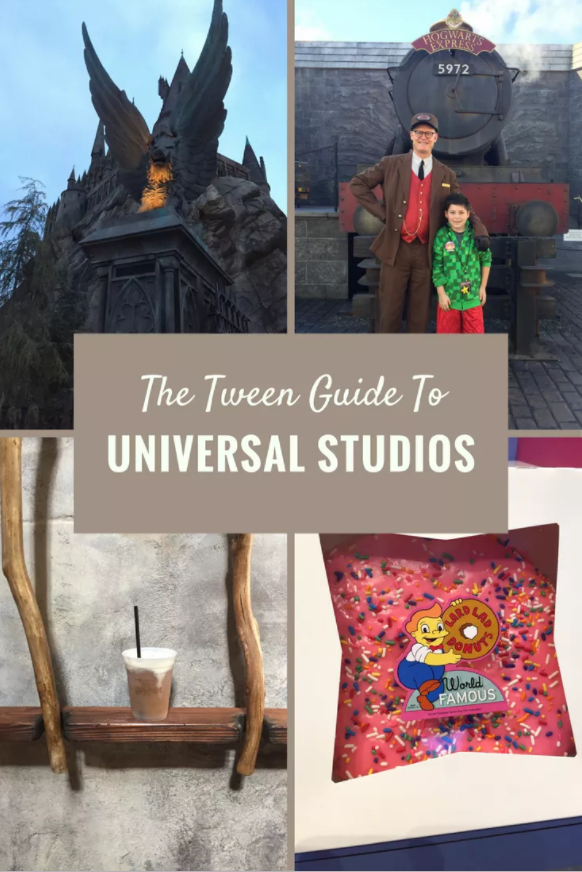