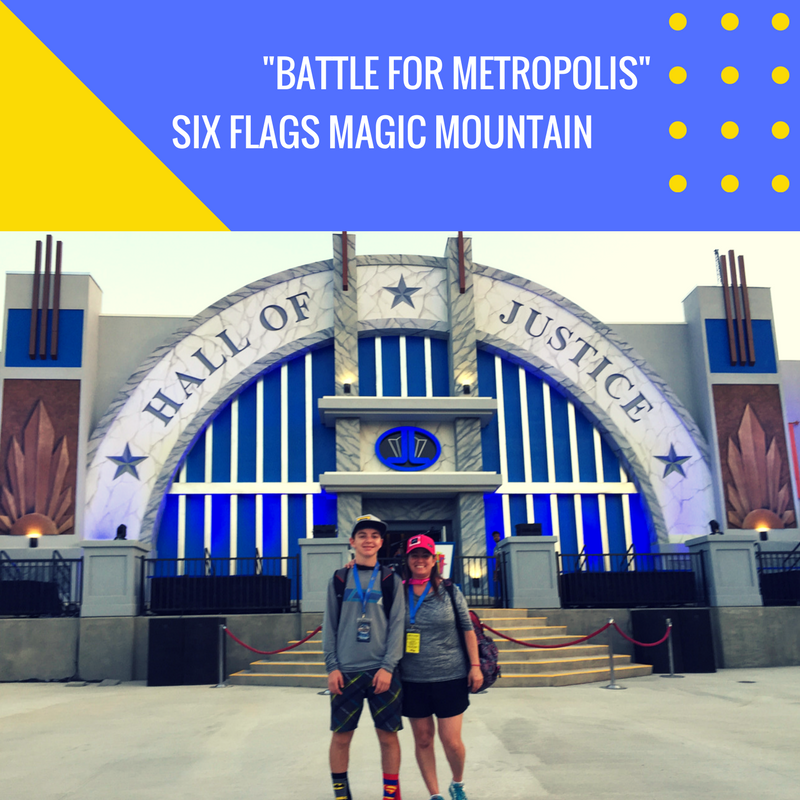 The thrill capitol of the world, also known as Six Flags Magic Mountain just got even bigger with the addition of a brand new ride called “Battle For Metropolis”. There is only one person who can save Metropolis – and that person is you! Join the Justice league, battle the villians and save the city. This is interactive 4-d ride dark ride is an epic game changer. In partnership with Warner Brothers consumer products and DC entertainment they have combined the hottest and most iconic super heroes of all time with the best in state of the art technology. It’s by far the most immersive, interactive multi-faceted attraction six flags has ever built. 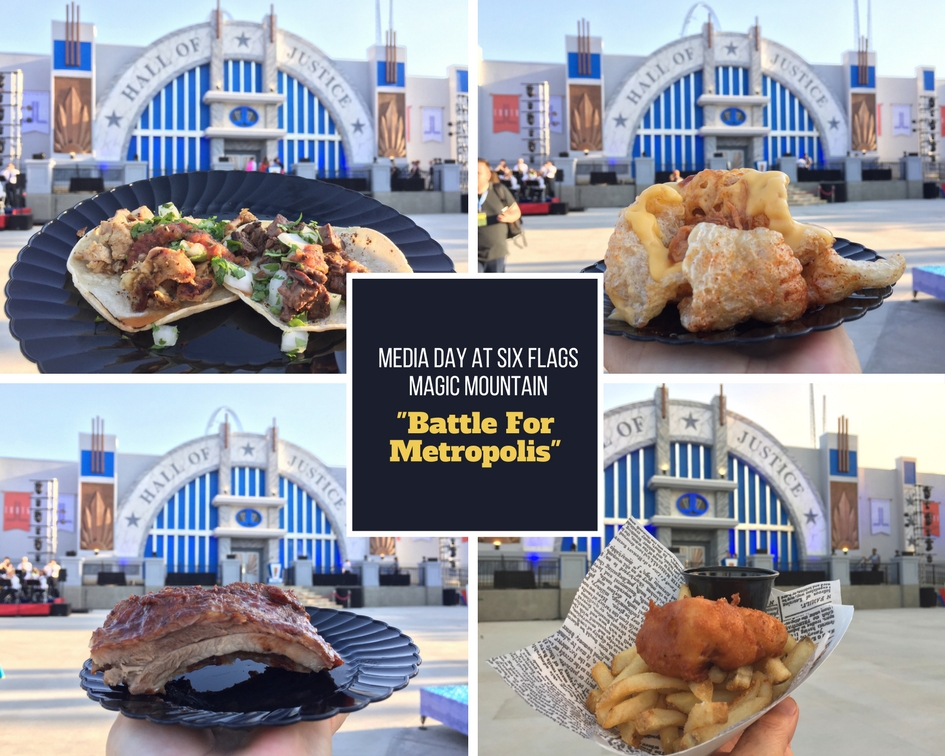 Foodies will be excited to know that new culinary and retail locations as have been added to DC Universe as well as added entertainment. Metropolis now includes the following: a newly-painted “Riddlers Revenge” (stand-up coaster), “Metro Park Pub” which features live music and traditional pub fare such as flatbread pizzas and appetizers; “Big Belly Burger” and “Carlini’s Pizza” and “Ace O’Clubs”, featuring local favorite mesquite-smoked barbecue. 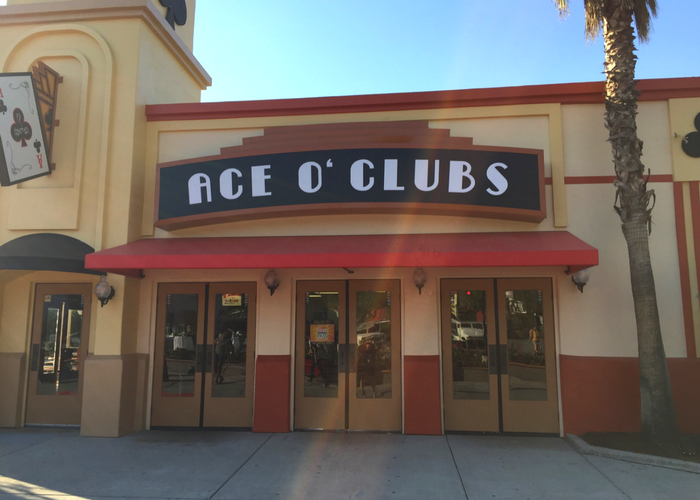 The new Hall of Justice gift shop will carry all the hottest Justice League memorabilia and clothing. Justice League in-park characters will call Metropolis home for greeting park guests, and they can have their photo taken in front of a DC Super Hero or Super-Villain backdrop. 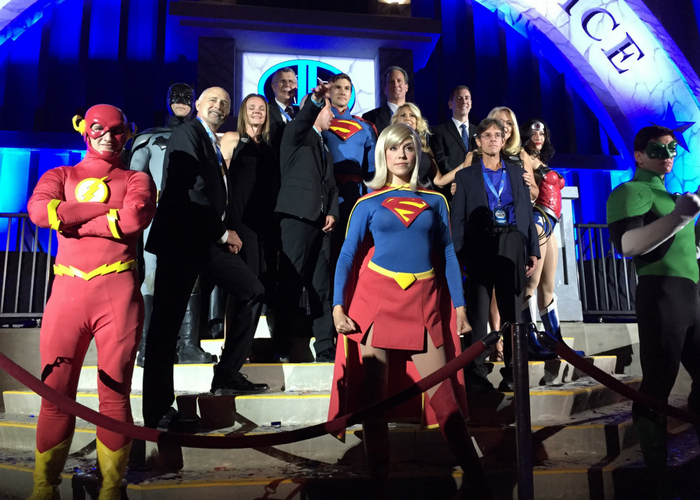 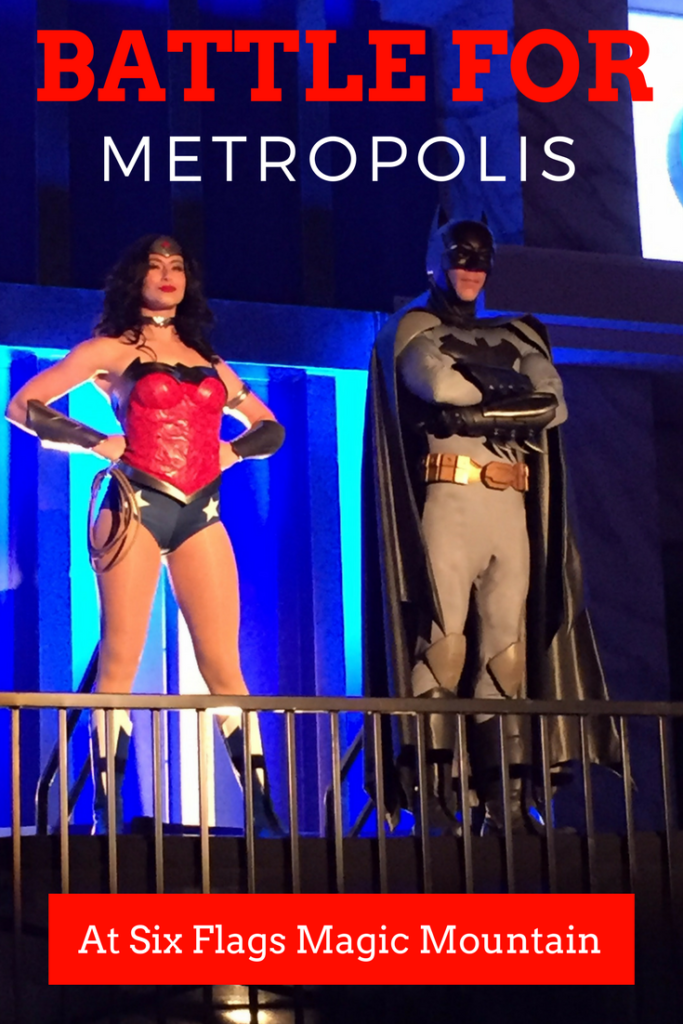 While not new, this is something I don’t think I have ever seen at an amusement park before and it is SO much fun! Inside the Full Throttle Sports Bar, you can enjoy some great food & cold beverages, cool down in the A/C, catch the latest sports scores, and now be entertained by Throttle Up Dueling Pianos. Enjoy the sounds of song and laughter as two piano players lead a sing-along, clap-along good time!  My son and I watched as people kept bringing up song requests and the players seemed to love the challenge.

Six Flags put on an impressive fireworks display for the media event opening of “Battle for Metropolis” It was set to music and the energy in the sky was absolutely amazing! Thank you Magic Mountain. You made my entire day with that.

8 thoughts on ““Battle For Metropolis” Now Open At Magic Mountain”