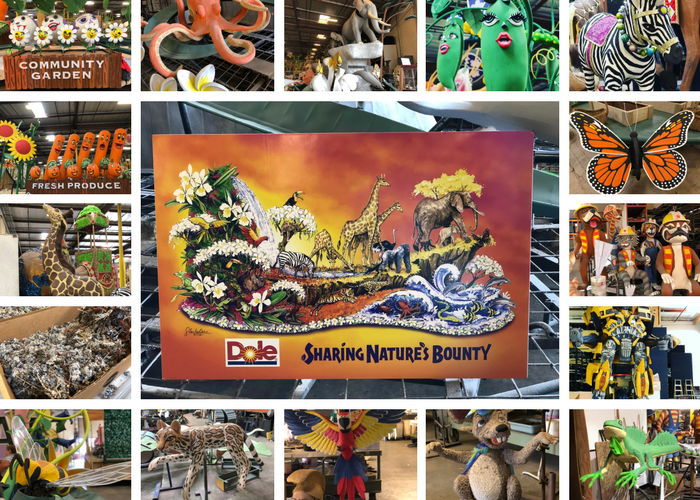 Last week we attended a super fun family day held by Dole where we got a sneek peek at some of the gorgeous floats that will be in the 2018 TOURNAMENT OF ROSES Parade. We even got to decorate the 55-foot-long “Sharing Nature’s Bounty” float with moss and talk with the Dole visionaries who dreamed up this year’s float! 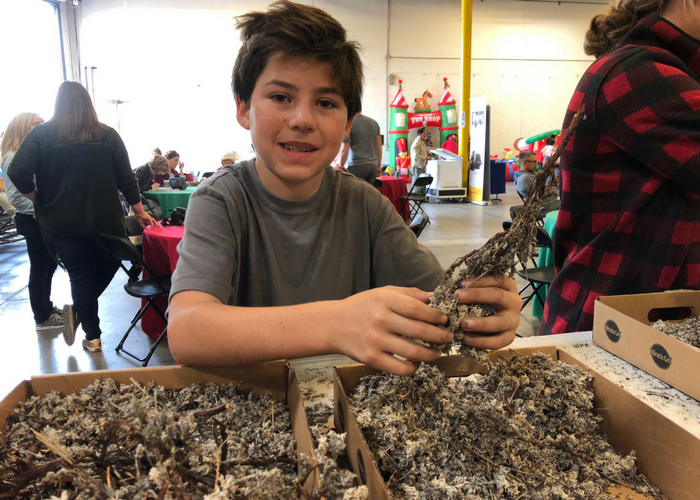 We also met a few of the Rose Court girls. The Tournament of Roses is proud to celebrate the 100th Rose Queen this year! Did you know that The 100th Rose Queen and 2018 Royal Court will attend nearly 100 community and media functions, acting as ambassadors of the Tournament of Roses and the Pasadena community at large? The grand finale for the 2018 Royal Court will be riding  on a float in the 129th Rose Parade® presented by Honda and attending the College Football Semifinal at the  Rose Bowl Game® presented by Northwestern Mutual, both on Monday, January 1, 2018. 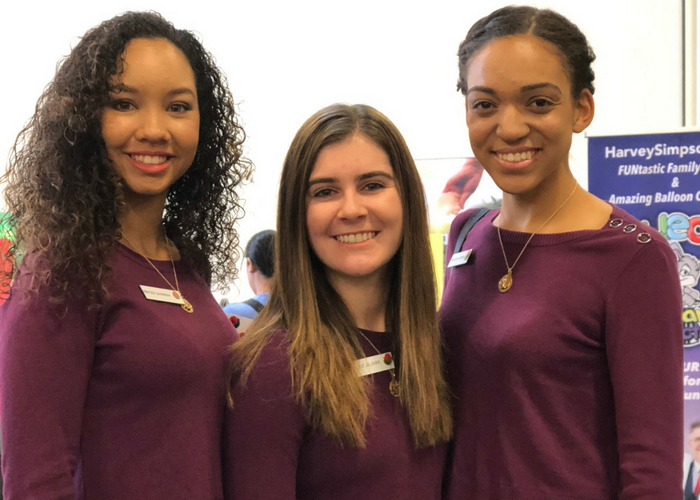 The Rose Parade’s elaborate floats have come a long way since the Tournament’s early days. Today, float building is a multi-million dollar business and float construction begins almost immediately after the previous year’s parade is concluded.

The process starts with a specially-built chassis, upon which is built a framework of steel and chicken wire. In a process called “cocooning,” the frame is sprayed with a polyvinyl material, which is then painted in the colors of the fresh flowers or dry material to be applied later. Every inch of every float must be covered with flowers or other natural materials, such as leaves, seeds or bark. Volunteer workers swarm over the floats in the days after Christmas, their hands and clothes covered with glue and petals. The most delicate flowers are placed in individual vials of water, which are set into the float one by one.

Computerized animation has had an enormous impact on Rose Parade floats. Recent entires have featured King Kong stomping through a floral jungle, a guitar-playing dinosaur, pigs dancing the hula and a 60-foot-tall talking robot, all controlled by computers. But through all the changes, the Rose Parade has remained true to its floral beginnings, and each float is decorated with more flowers than the average florist will use in five years.

How cute are these peas pods? Their eye-lashes and lips are so full of detail! 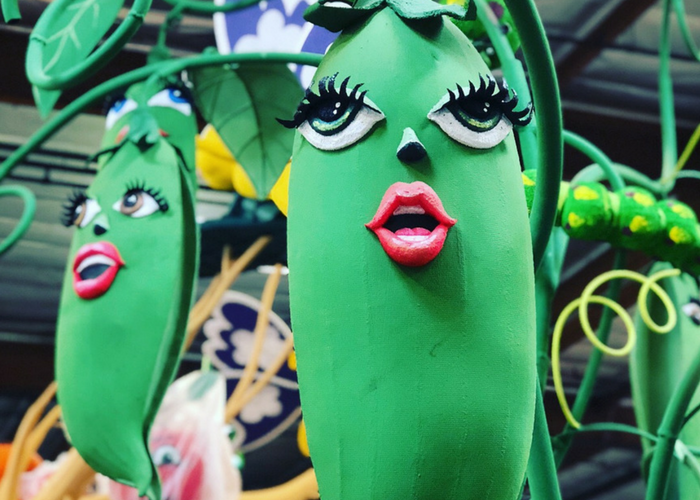 Check out the saddle on the Zebra. It’s sparkly and it matches the harness on his face. 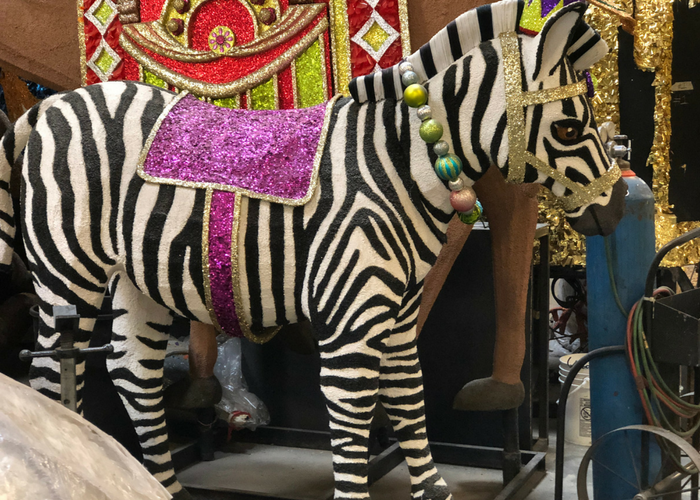 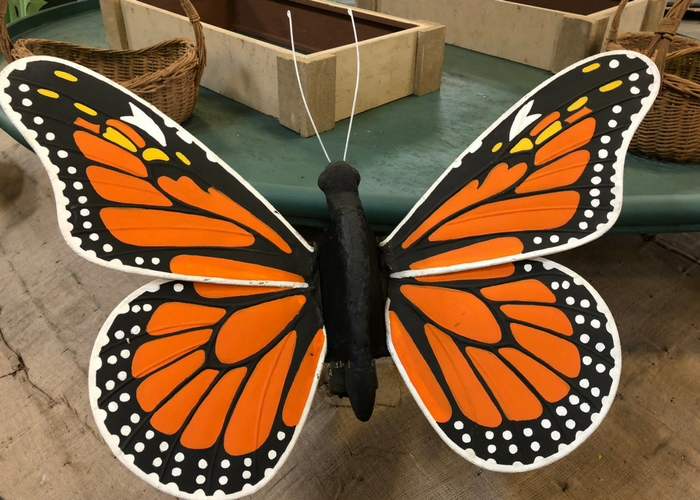 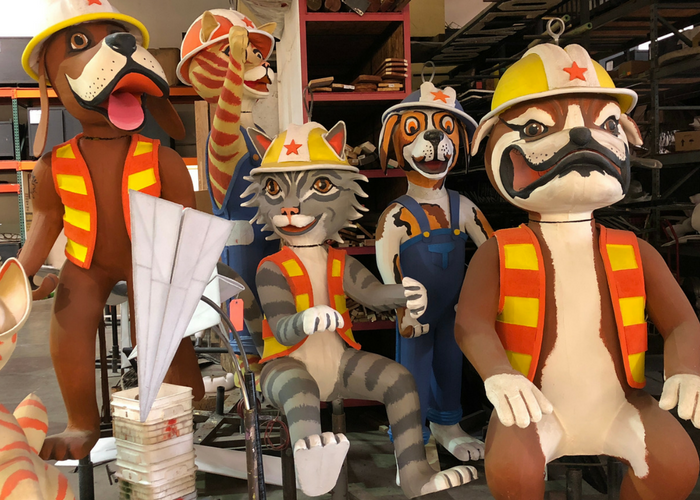 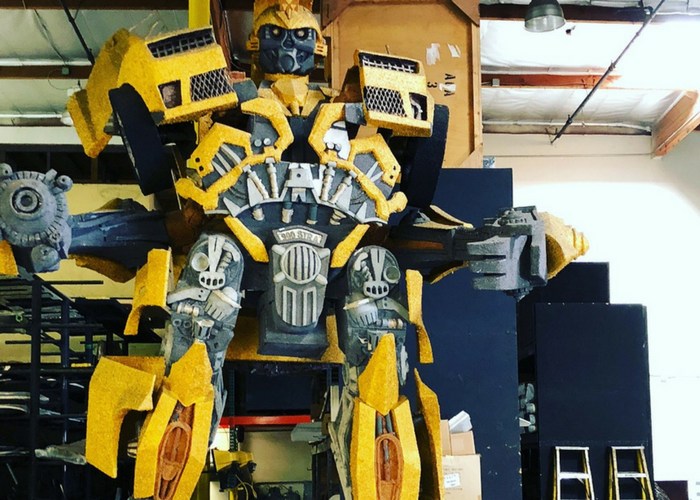 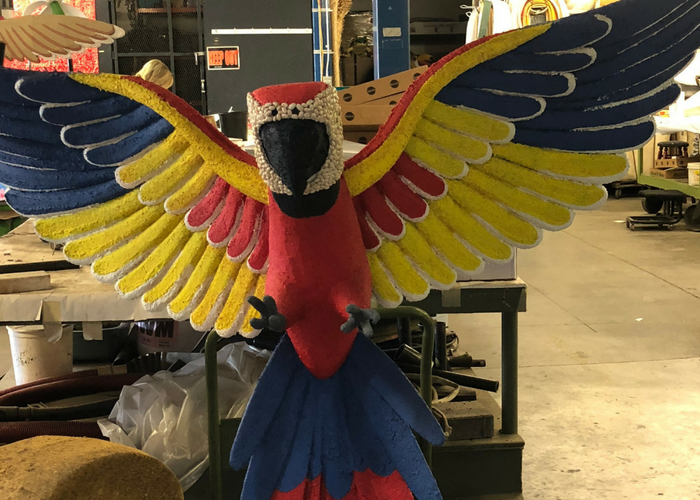 Dole Packaged Foods is also hosting the Ray of Sunshine sweepstakes from November 1 – December 20. The sweepstakes encourages participants to nominate someone they know who is making a positive impact in their local community and really fit in with the Rose Parade’s Making a Difference theme. Through Dole Packaged Foods, the winners will be granted a combined total of 30,000 lbs. of food and $5,000 to donate to local food banks and charities throughout the U.S. Additional information on the sweepstakes can be found here.