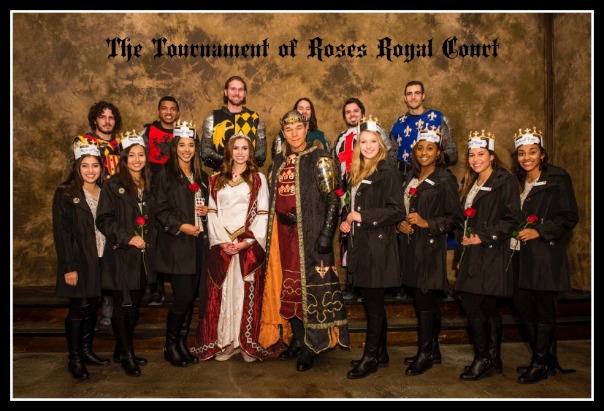 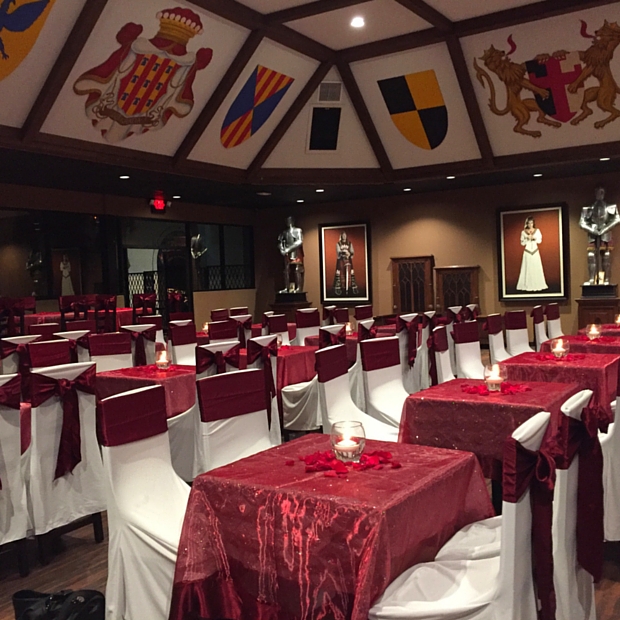 I had the opportunity to interview the Royal court and I was so impressed at how well spoken and poised these girls were. 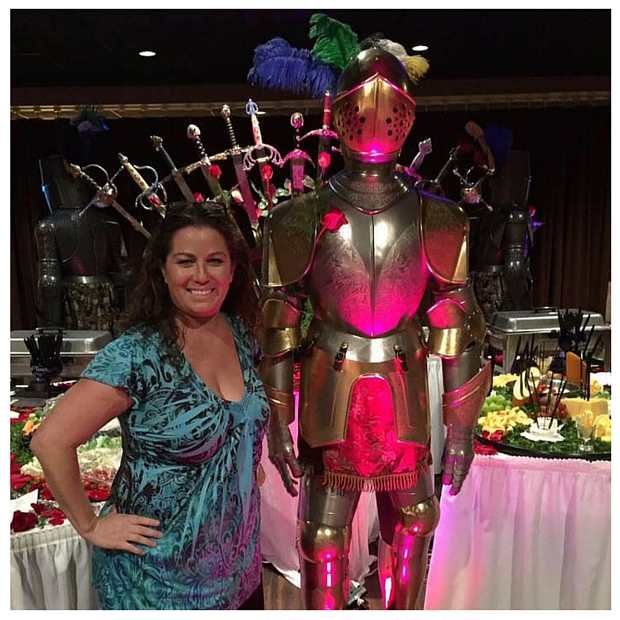 Q: How old are the girls of the Royal Court?

Q: Were any of you friends before your nominations?

A: We all go to different schools so no one knew each other through school and we all met each other for the first time. But you are together all the time so we have become so close so quickly. It’s so much fun!

Q: What is expected of all of you on the float during the parade?

A: We’ll be on the float just waving to the crowd and smiling for 2 hours! It will be really fun because it’s our first time going live!

Q: What was the most intimidating part of your interviews?

A. Princess Sarah: The 2nd interview with the 250 girls was the scariest because we did not know what to expect, was the first time you walk into the room and saw the judges there and it’s just you and them. You just expect the unexpected. As time went on it became more comfortable and I think they really go to see who we were as characters.

Princess Donaly: The 4rd round because it was 4 minutes long and it was so many questions and then you have to choose a question in the beginning and this question that I choose could be the whole in or out of this whole court.

Q: How do you become Queen vs. Princess?

A: It’s based on whose the most natural leader of the group and who will go and voice their opinion to the committee and take charge if there is an issue.

Listen to the entire interview: 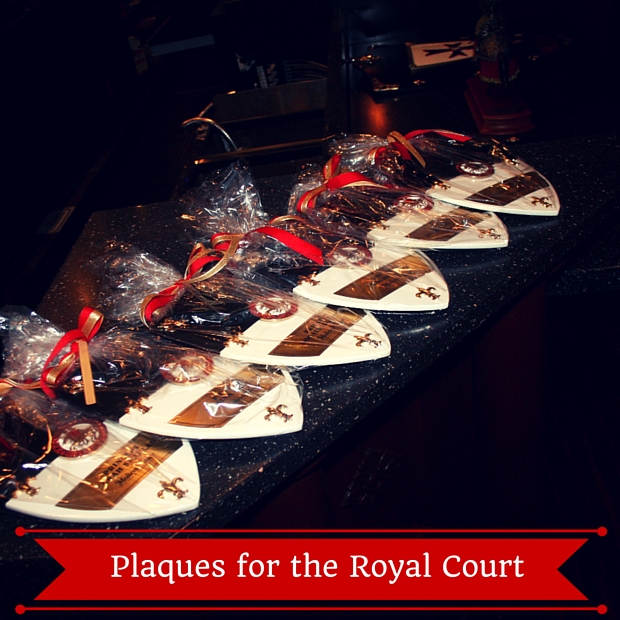 The entire Court was honored with  Royal Plaques in the shape of a shield and there was a light reception with appetizers and drinks. 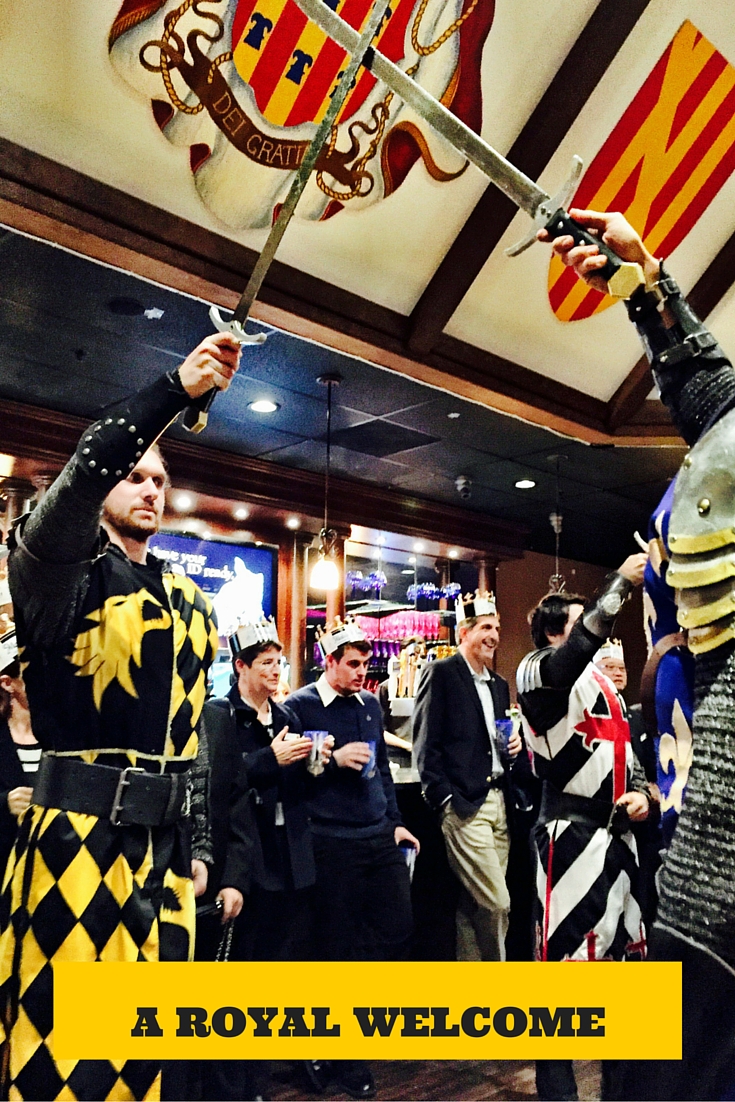 After the reception, the Rose Court joined the Knights in the arena and we all enjoyed the tournament dinner show where we watched a live jousting tournament, marveled at awe-inspiring horsemanship and falconry, and devoured a four-course meal fit for royalty. 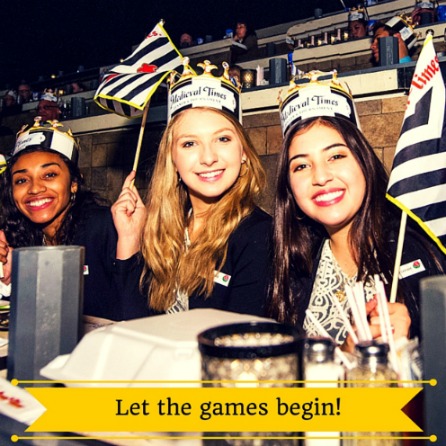 The horses in the Medieval Times show are absolutely incredible! The entire show is performed almost entirely on horses and it is such a sight to see! There is so much talent in the actors and the horses themselves. You can tell a lot of hard work goes into their training. One of the horses looks just like a unicorn. It’s skin was almost iridescent and it danced around the arena flawlessly. 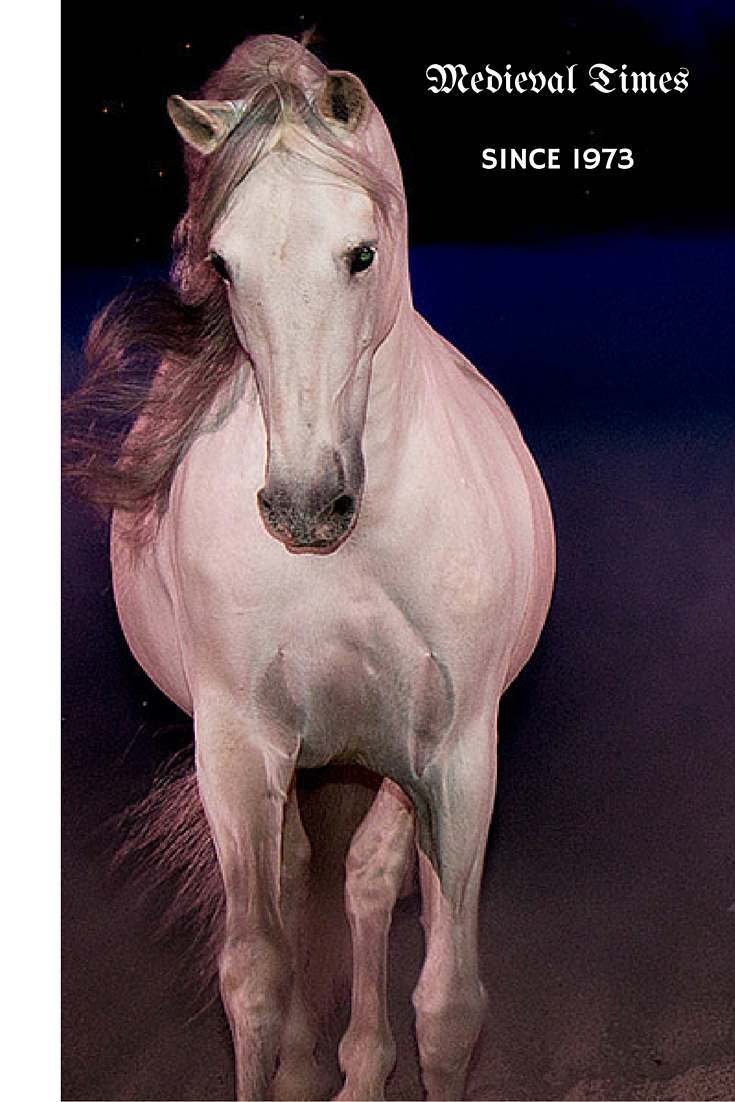 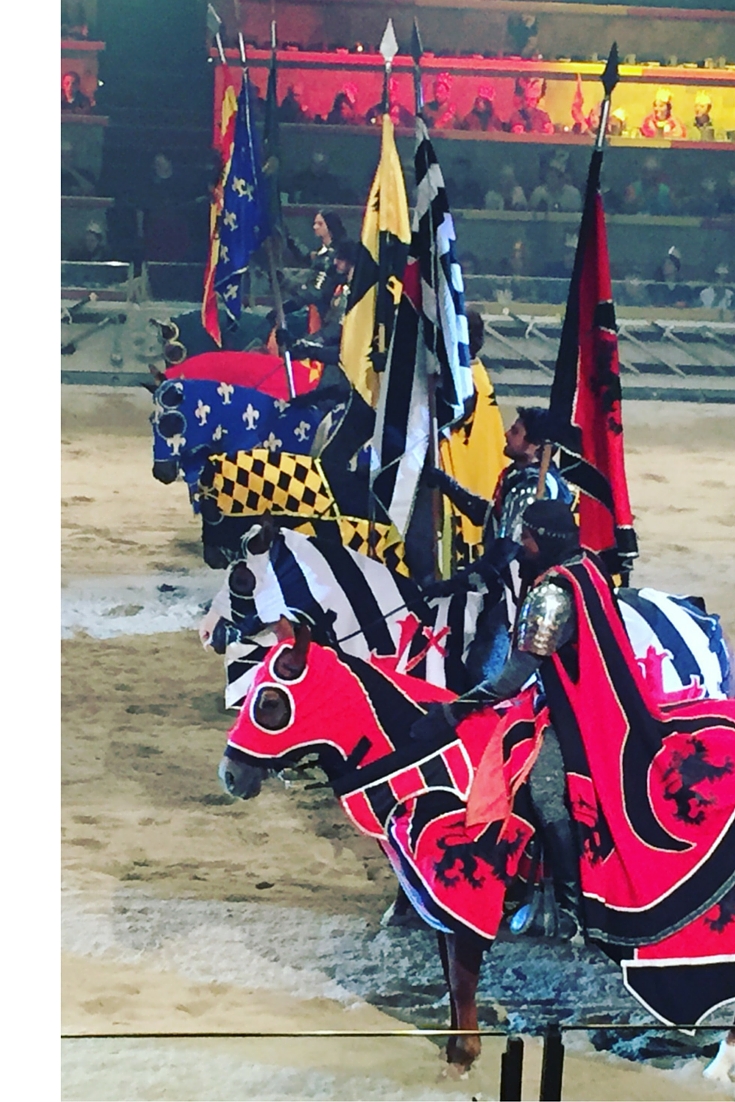 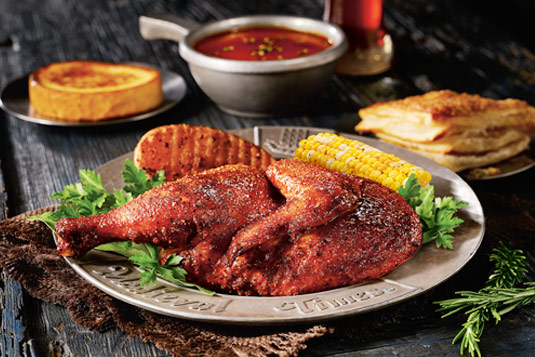 The food at Medieval Times is eaten without utensils for a full Medieval experience! The following items are on the regular bill of fare, but there are also vegetarian and Gluten-Free options available.