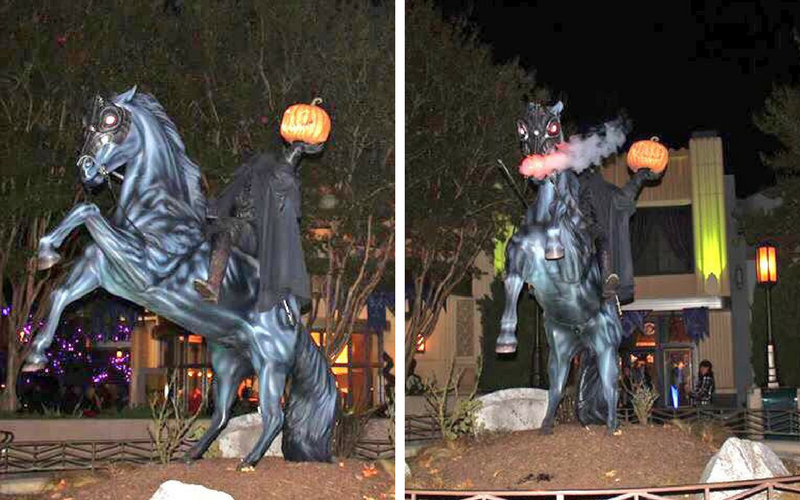 Disney has always been a big part of Halloween in our house between epic movies like “The Nightmare Before Christmas” and music from Danny Elfman. Everyone knows Tim Burton is a visual mastermind. But long before Tim was a director named Clyde Geronimi and a writer named Washington Irving. They developed the movie “The Legend Of Sleepy Hollow”. A story which depicted a tale about a schoolteacher named Icabod Crane and his quest to charm the local maiden. One night as Crane is riding home he encounters the Headless Horseman who chases him to a bridge.

During The Frightfully Fun Parade, a black stallion will travel through the heart of Disneyland Park with a headless rider at the reins. This is only available to available to guests attending Mickey’s Halloween Party (which is sold out for 2017). Tickets go on sale starting in July next year, so buy early!

A new 10-foot-tall statue of the Headless Horseman himself sits on Buena Vista Street in California Adventure. He is holding his Jack-O-Lantern up to the sky and the horse snorts and blows smoke out of his nose while the eyes in the pumpkin flash red.