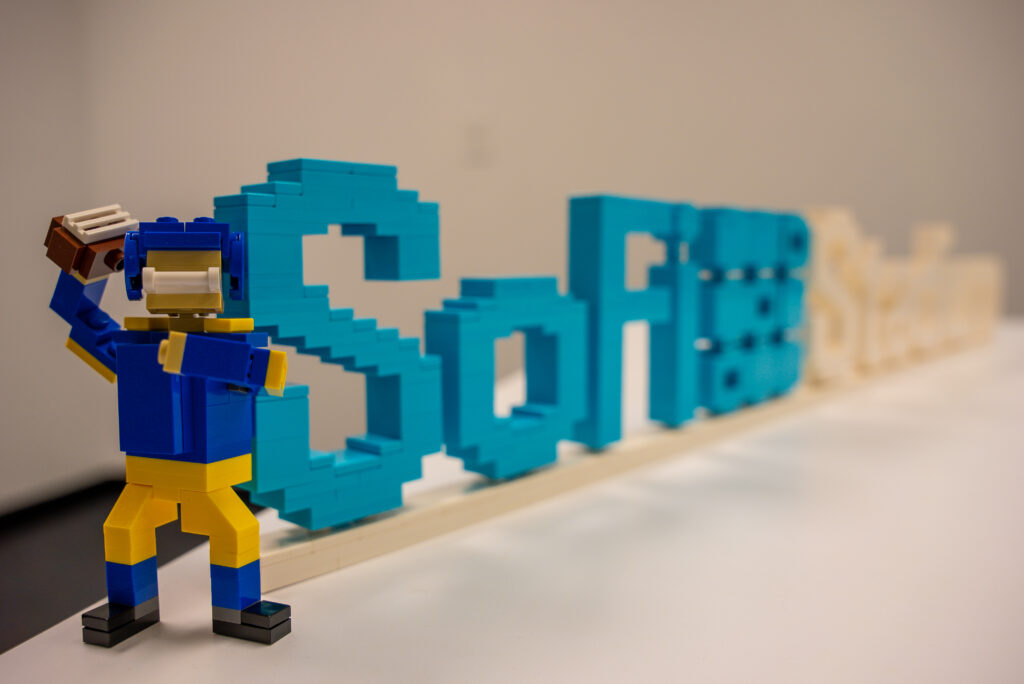 The first LEGO® model to be added to Miniland U.S.A. in two years, SoFi Stadium will be the largest LEGO stadium in the world and is on track to break the current Guinness World Record
It will take a team of 25 Model Builders more than 6,000 hours and more than 500,000 LEGO® bricks to complete the final model before it’s installed this spring
Addition of SoFi Stadium “kicks off” expansion of Southern California section of Miniland U.S.A., with more exciting models to debut this year

CARLSBAD, CA. (February 3, 2022) – Just one month after Super Bowl LVI is held at SoFi Stadium, a 1:50 scale LEGO® model inspired by the first indoor-outdoor stadium to be constructed will make its debut in Miniland U.S.A. at LEGOLAND® California Resort. The LEGO stadium structure will join other top Southern California attractions featured in LEGO form, including the Griffith Park Observatory, Hollywood Bowl and Grauman’s Chinese Theatre.

At more than 30 feet long, 15 feet wide and over 4 feet tall, the new SoFi Stadium is expected to be the largest LEGO® stadium in the world. It’s on track to break the Guinness World Record for the largest LEGO® brick sculpture of a stadium, which is currently held by LEGOLAND® Deutschland Resort for a replica of Munich’s Allianz Arena. Football fans will undoubtedly appreciate the extreme attention to detail that went into creating the final LEGO SoFi Stadium model; for instance, the NFL game that’s played on the field in Miniland is inspired and reflects the Los Angeles Rams’ starting offensive roster! Families may even see a concert or two being held at the stadium, to highlight the talented artists who are scheduled to perform at SoFi Stadium throughout the year.

“SoFi Stadium is an architectural marvel and is considered one of the most innovative NFL stadiums in the entire league, making it an obvious choice for our first addition in the expanded Southern California region of Miniland U.S.A.,” said President of LEGOLAND California Resort Kurt Stocks. “The anticipation of Super Bowl LVI taking place at the life-sized SoFi Stadium in February makes this build even more special for us.”

It will take a team of 25 dedicated Master Model Builders more than 6,000 hours and more than 500,000 LEGO® bricks to complete the final model of SoFi Stadium before it’s installed this spring. SoFi Stadium is the first installation in a series of additions to the Southern California section of Miniland U.S.A., with more LEGO model highlights to be announced in the coming weeks. 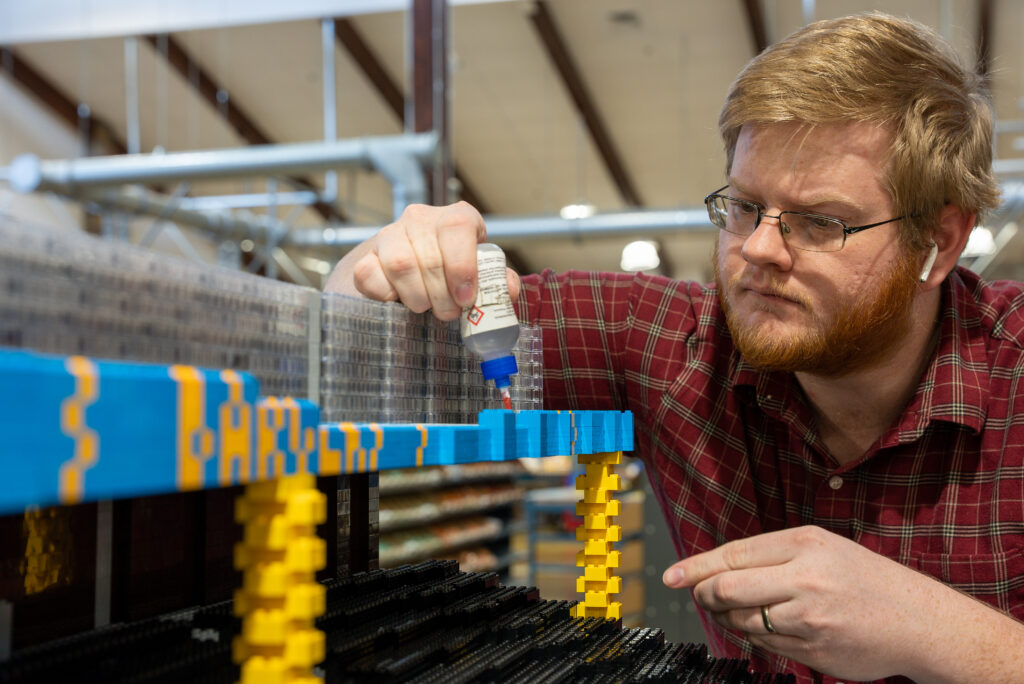