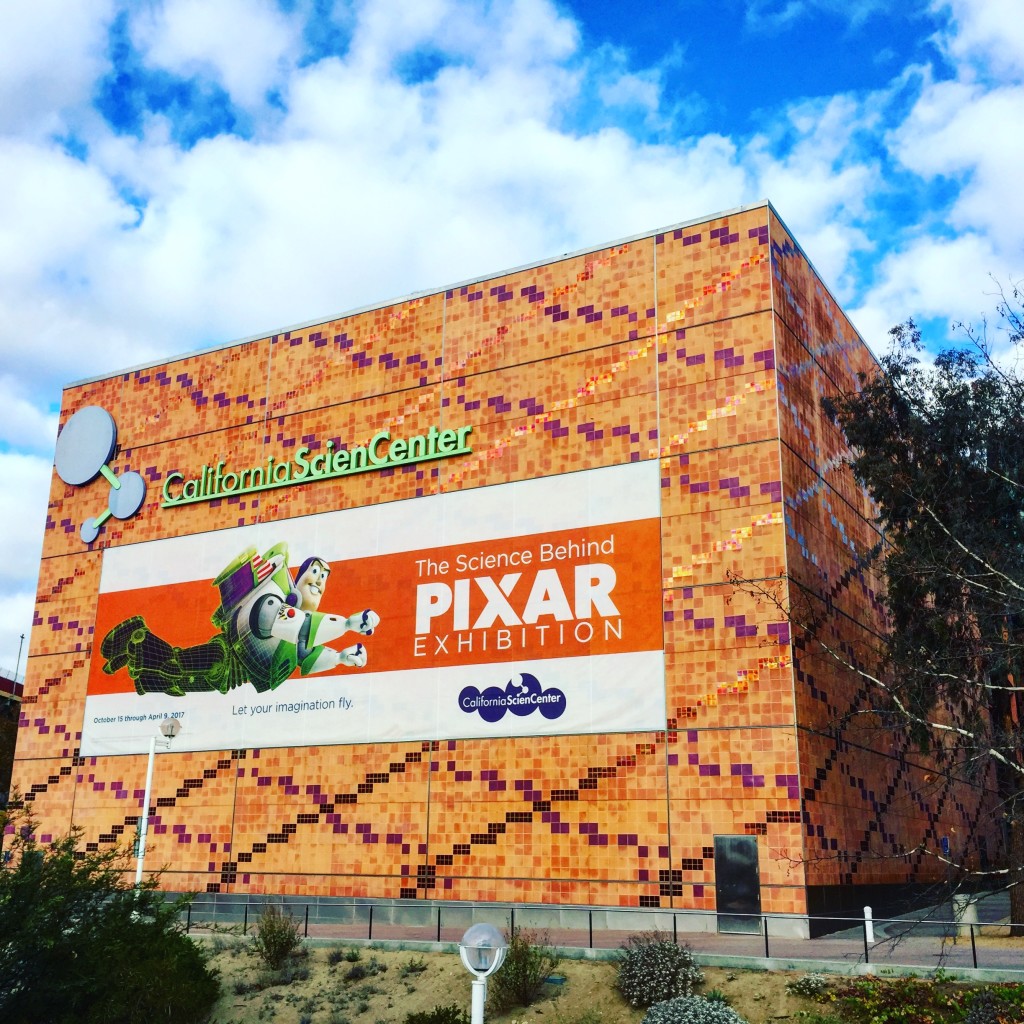 Part of being a kid mean enjoying cartoons and Disney movies. Heck, who am I kidding, most adults I know watch those too! If you are a Disney fanatic then you will love the new “Science Behind Pixar” exhibit that recently came to The California Science Center.

The Science Behind Pixar is a 13,000 square foot exhibition currently on tour around the US. It was created by the Museum of Science, Boston, in collaboration with Pixar Animation Studios.  Guests visiting the center will enjoy a unique look into the Pixar process and explore the science and technology behind some of the most beloved animated films and their characters

With more than 40 interactive exhibit elements, the exhibition’s eight sections each focus on a step in the filmmaking process to give you an unparalleled view of the production pipeline and concepts used at Pixar every day. Participate in fun, engaging hands-on activities, listen to firsthand accounts from members of the studio’s production teams, an even come face-to-face with re-creations of your favorite Pixar film characters, including Buzz Lightyear, Dory, Mike and Sulley, Edna Mode, and WALL•E! 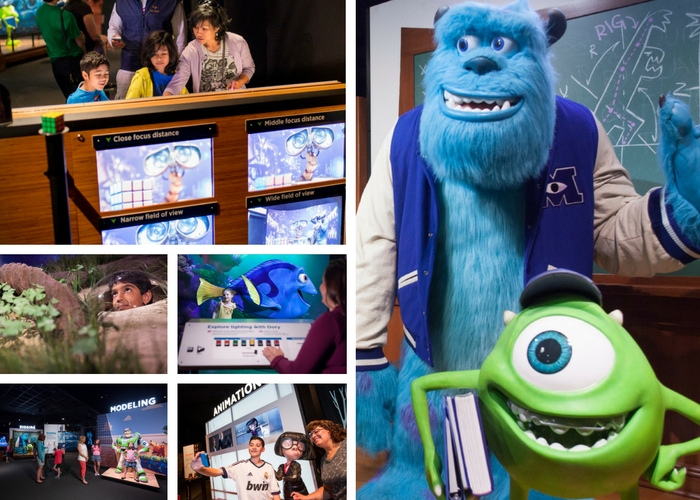 5 Hands On Exhibits At The Science Behind Pixar

Kids can select one of three Pixar characters and choose among four arm rigs to determine which will produce the desired motions. 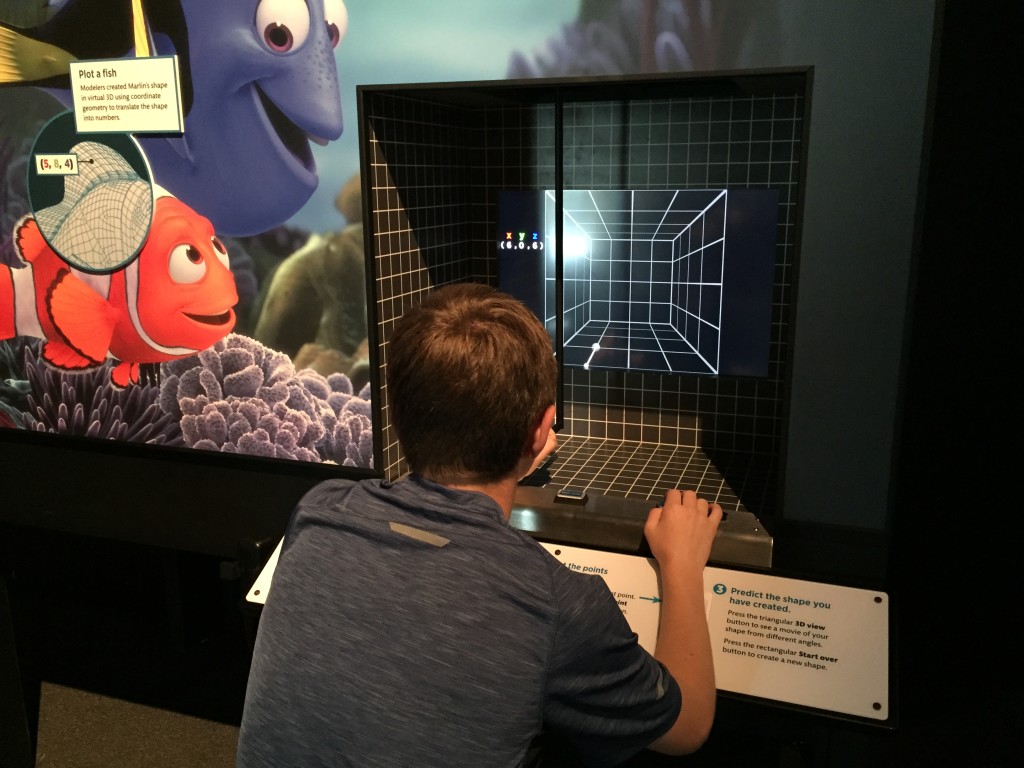 Kids can create a virtual 3D model of a toy person from simple 3D shapes (cube, cone, cylinder, and sphere). Use customized software, to create, rotate, move, and scale your shapes to make a complex virtual 3D model. 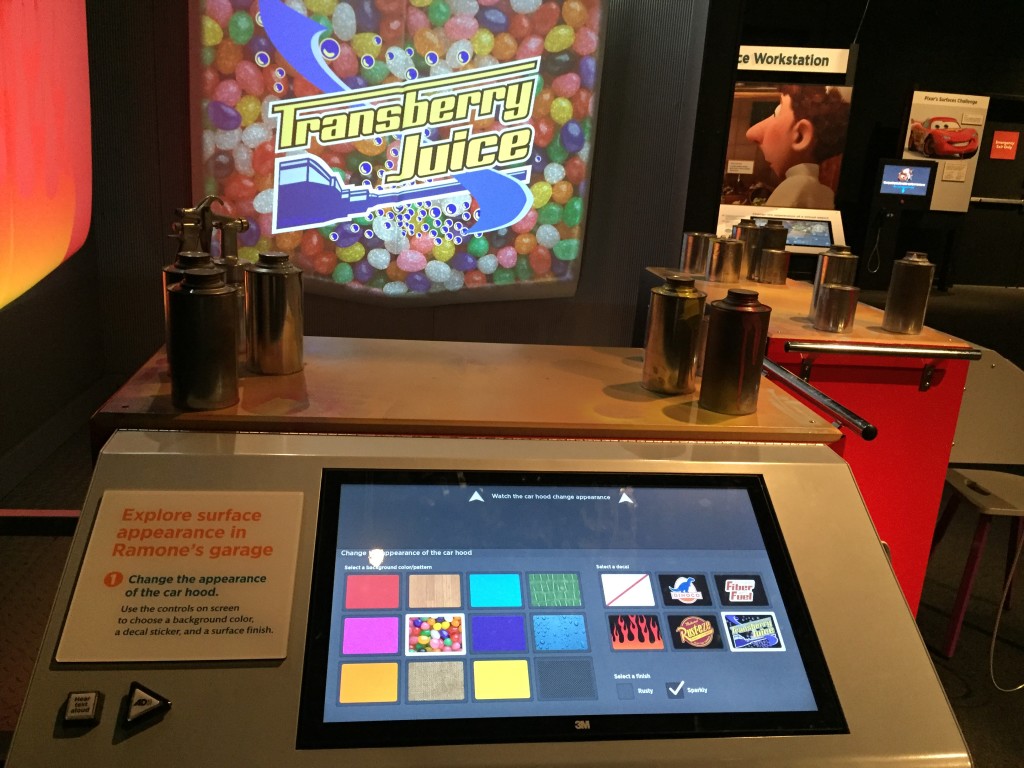 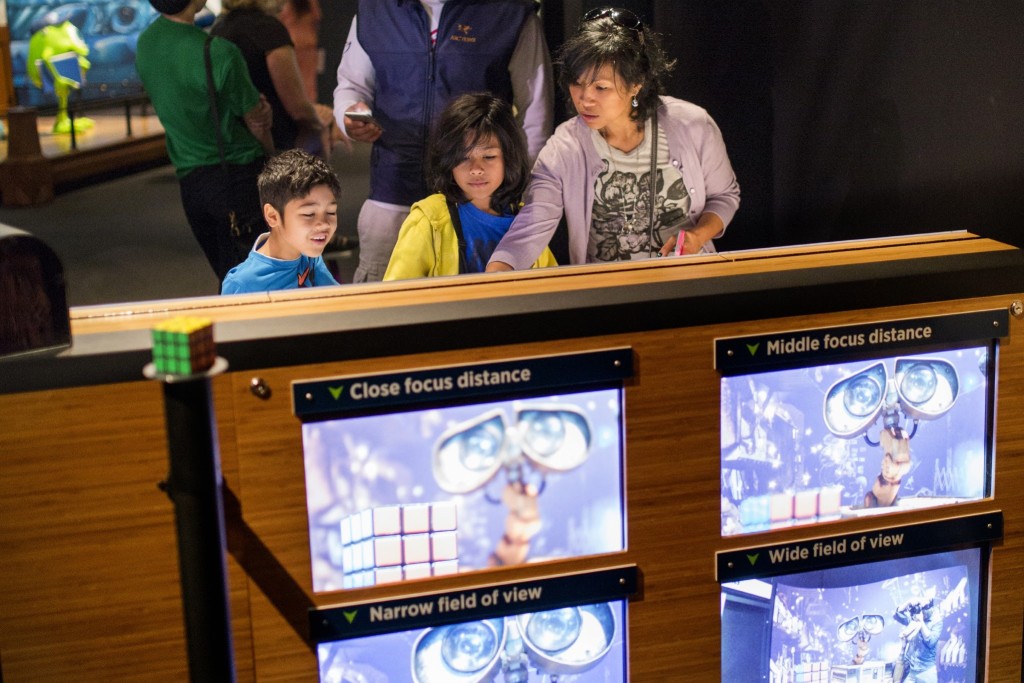 Here kids will learn how cameras provide our view into the virtual 3D world. They frame each image to convey both where to look and how to feel about a scene. 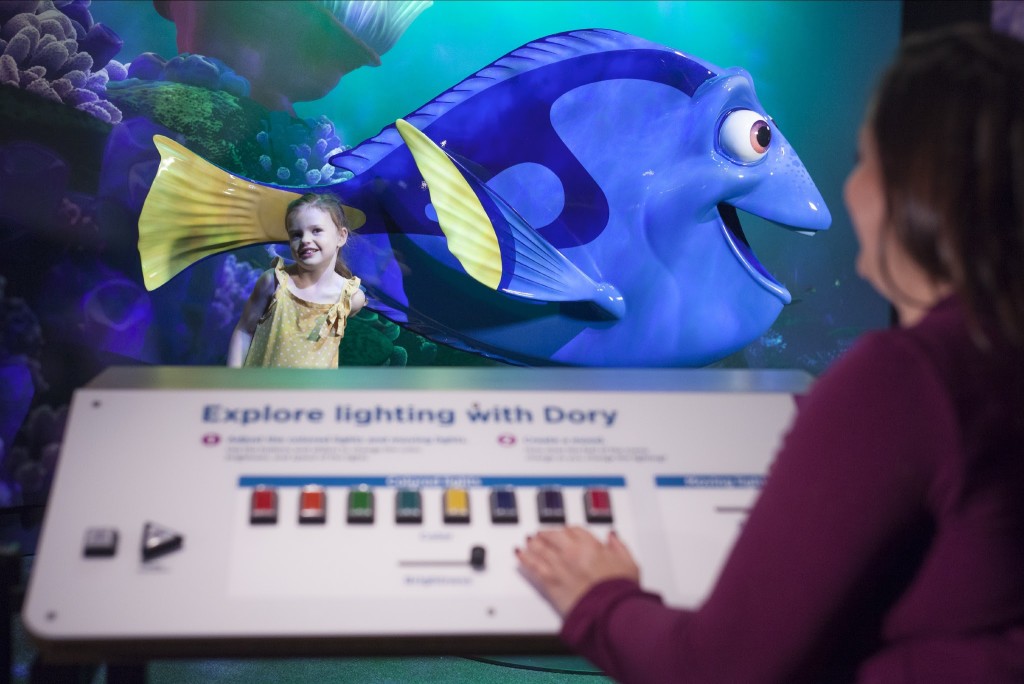 Here, kids can play with lighting effects and see how Nemo and Dory look under different lights. There is also a motivating story about Danielle Feinberg  and how she recalls a programming class in 4th grade where she turned a few lines of code into a picture, like magic. She describes the challenge of trying to make WALL-E stand out against a background of trash.

Watch A video about the Exhibit

Win a Family 4-pack of Tickets