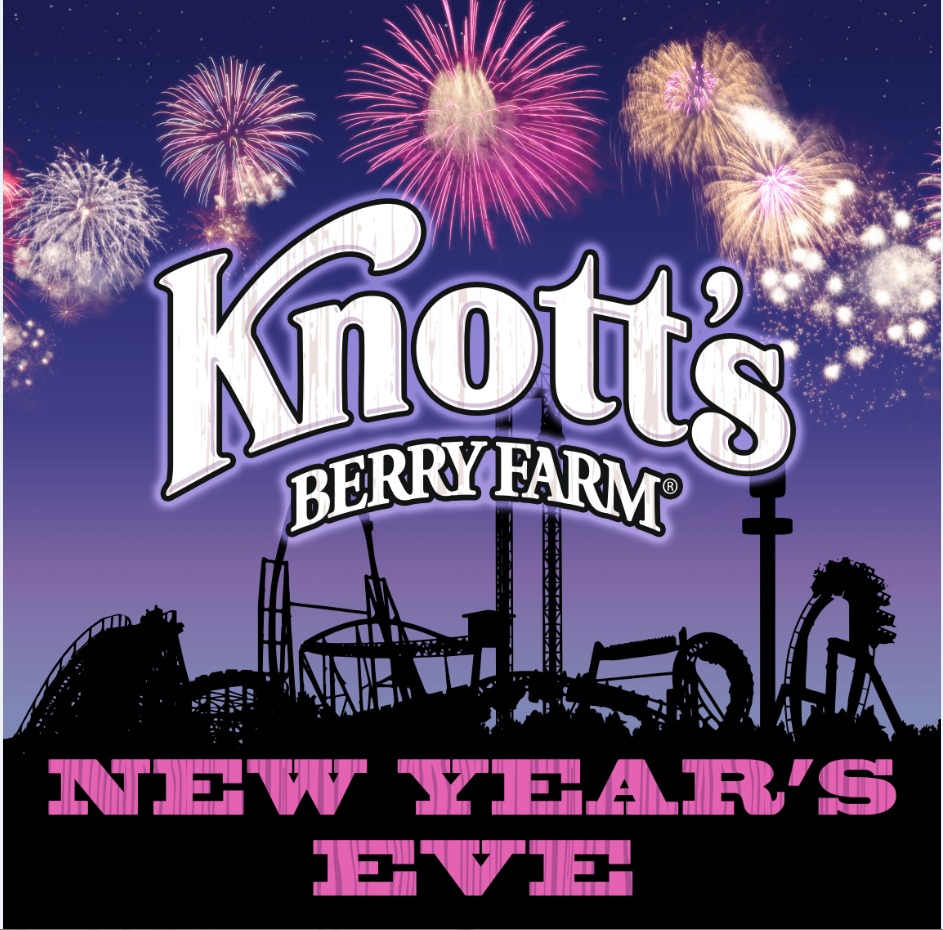 Every year, Knott’s Merry Farm Celebrates NYE with a big bang! This year my family and I had the opportunity to check out all the fun happenings at the farm! There was a Midnight Party on the Midway,  music, stilt walkers, party hats, and noisemakers for everyone. And new this year, the Knott’s Sky Cabin, was adorned with special lighting effects. It rose to the top of the “K” tower to count down the final moments of 2013.  The cabin reached the top at the stroke of midnight and the skies above Knott’s were lit up with colorful fireworks!

During the day we went on a bunch of rides. It was my son’s first time on silver bullet and he loved it so much he wanted to try  Accelerator. It really was not as crowded as I thought it would be and we managed to get on a lot of rides without having to wait hours on end in line. 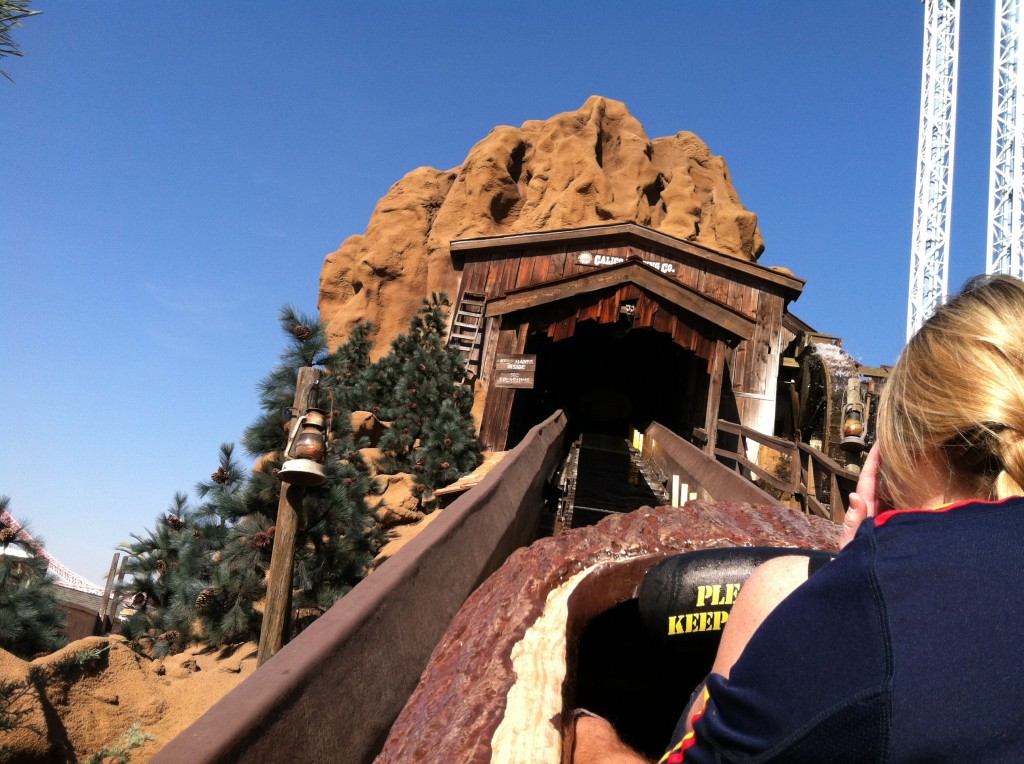 We also shopped a little and checked out all of the neat crafts they had and even checked out some educational things like a replica of Mission San Louis Rey. 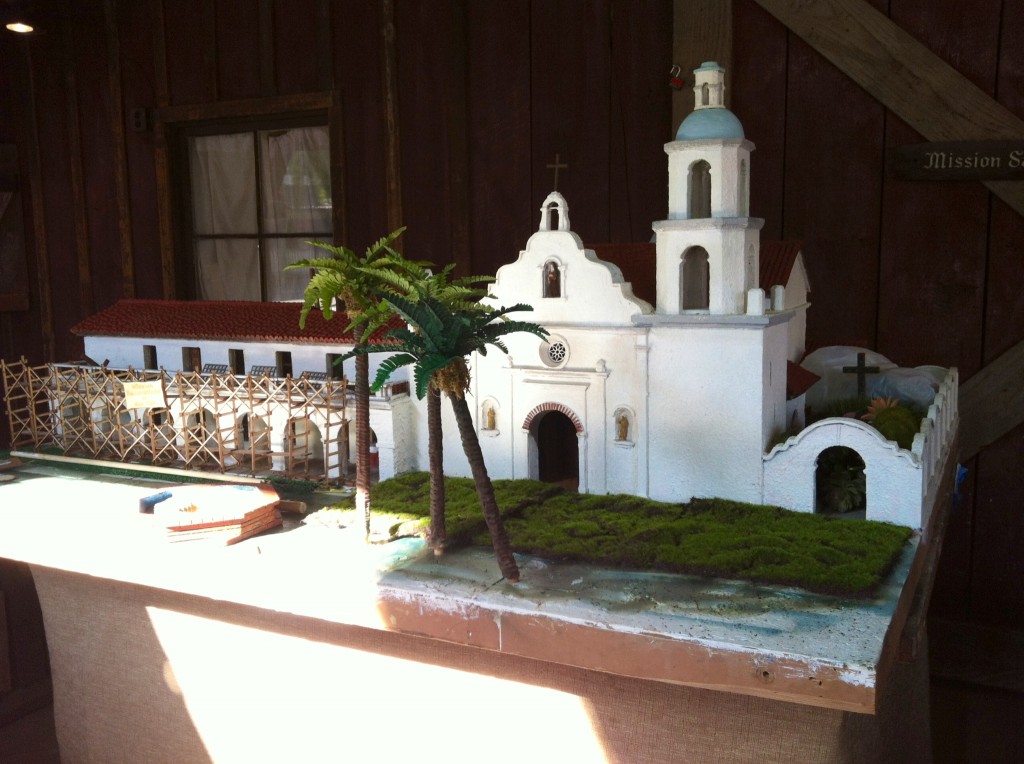 We also bought some laser carved wood glasses to ring in the new year. They had all kind of neat airplanes, helicopters and motorcycles that you could purchase and assemble later. 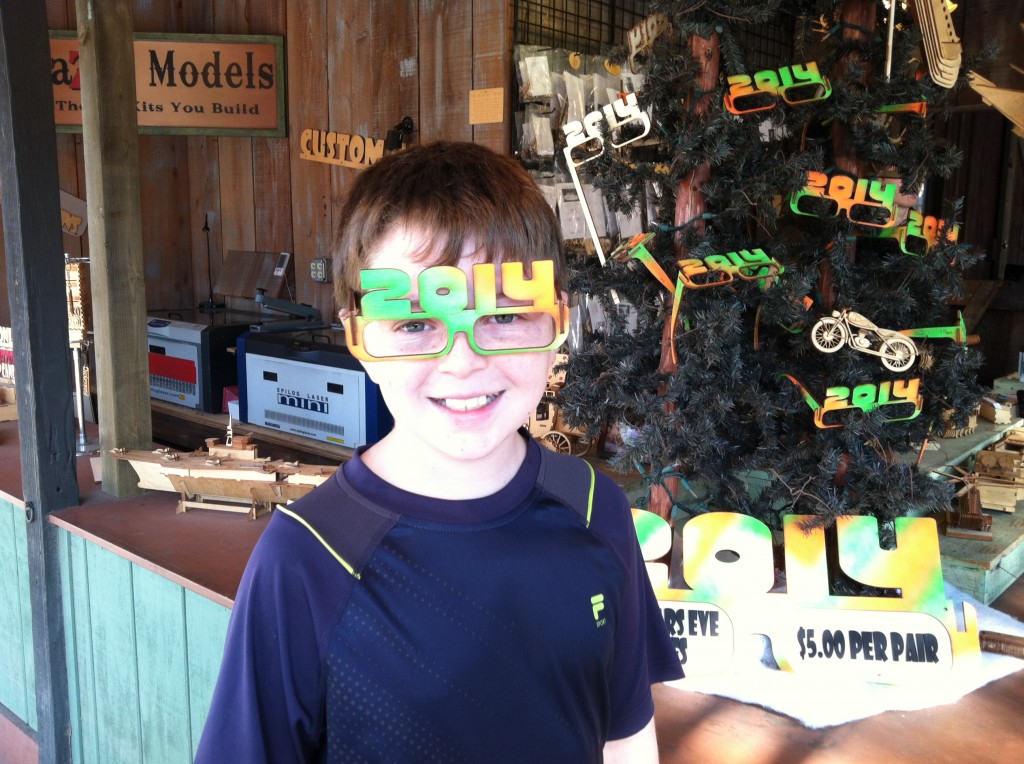 There is a glass blowing event which is a sight to see. My son could have watched him work for hours. We even bought one of his designs for the grandparents.

We took funny photos of the kids too. There are so many great places in the park for cute and playful photo ops

We also saw the 65 foot tall Christmas tree that is decked out with ornaments and can be seen from all over the park.

Later in the afternoon we decided to eat at Ghost town grill. It was a sit down restaurant with really good food and large portion sizes. We both had a grilled chicken sandwich and my son got a huge portion of creamy mashed potatoes. Amazing! 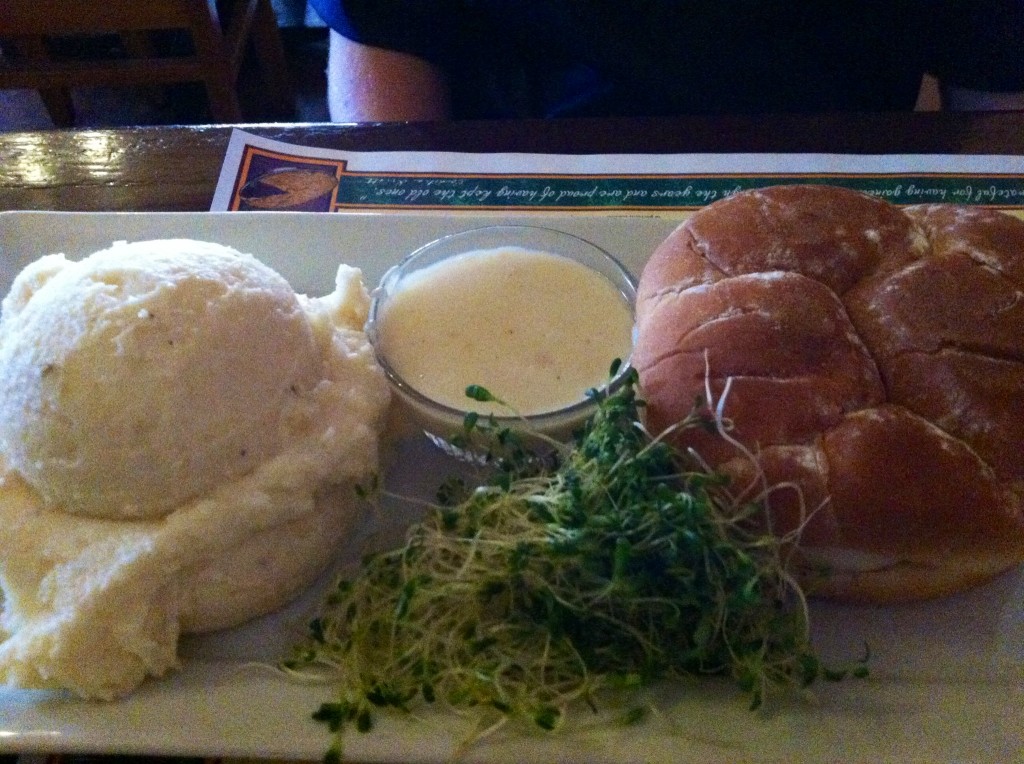 My daughter got to meet Snoopy up close. She was so excited! Snoopy loves little kids.

In the evening  Camp Snoopy was lit up with Snoopy’s Magical Nights of Lights. It featured thousands of sparkling lights and holiday music as well as fun snowflake projections!

I highly recommend attending this even next year as it is so much fun and you can be together as a family where everybody is happy. For more information visit www.knotts.com

Disclosure: We were provided with media tickets to Knott’s Merry Farm. All our photos, thoughts and opinions are of our own.