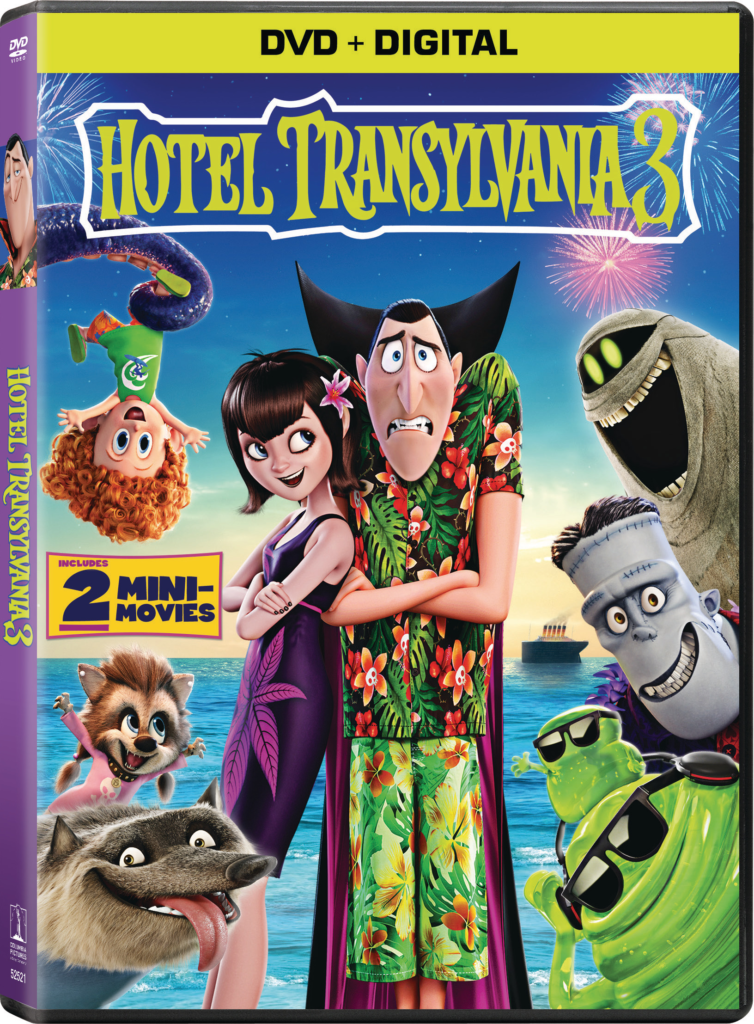 Do you have a little one who loves sleepovers and Halloween? How about a Halloween Themed Sleepover? I got my own wheels turning now LOL. Hotel Transylvania has some great ideas you can  find in the video below. If you haven’t seen the move yet it comes out Tomorrow, September 25th on Digital HD and arrives on Blu-ray™ Combo Pack and DVD on October 9th!

The Drac Pack is back with HOTEL TRANSYLVANIA 3, which will make its debut on Digital HD September 25, and on Blu-ray™ Combo Pack and DVD on October 9, just in time to for a spooky, fun, family movie night right before Halloween! This must-own family comedy, which has grossed more than $425 million in theaters worldwide to date, follows in the tradition of the blockbuster Hotel Transylvania franchise when Mavis surprises Dracula with a family voyage on a luxury, haunted monster cruise ship. Of course, the rest of the Drac Pack has to tag along, and that’s when things get a little…batty. The monsters are having a great time, indulging in all of the shipboard fun the cruise has to offer, from monster volleyball to colossus-sized buffets and exotic excursions, but then the unexpected happens when Drac falls for the ship’s mysterious (and dangerous) human captain Ericka. The third film in this family-friendly monster franchise is the best reviewed installment and you’re invited along on the haunted cruise vacation!

HOTEL TRANSYLVANIA 3 has a run time of approximately 97 minutes and is rated PG for some action and rude humor.

Learn How To Plan Your Own Spook-Tacular Sleepover