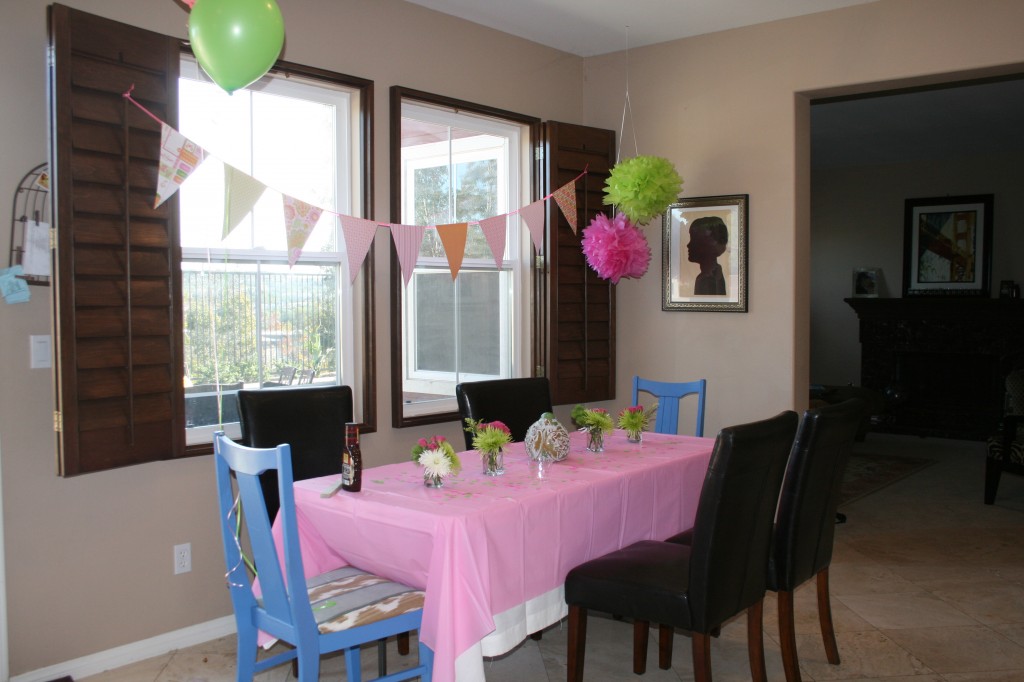 For my daughter’s first birthday I decided I wanted to do an Owl themed party. I just love owls. They are so mystical, and beautiful. I especially love anything vintage owls. So with the help of a friend we pulled of a really fun party. For some decorations I bought some scrap book paper and we cut banners out of the patterned paper. Then we glue them to some ribbon and hung it against the window. I also bought some pom poms at Party City to hang from the cieling. After the party was over I kept them and hung them in my daughters room.

We also made owl cupcakes. For the eyes we just halved some oreos and used blue M&M’s for the eyes. The great thing about these are that you can customize them to any color you like. Almonds work  great for the beaks. Use a bright colored frosting if you really want your owls to pop! 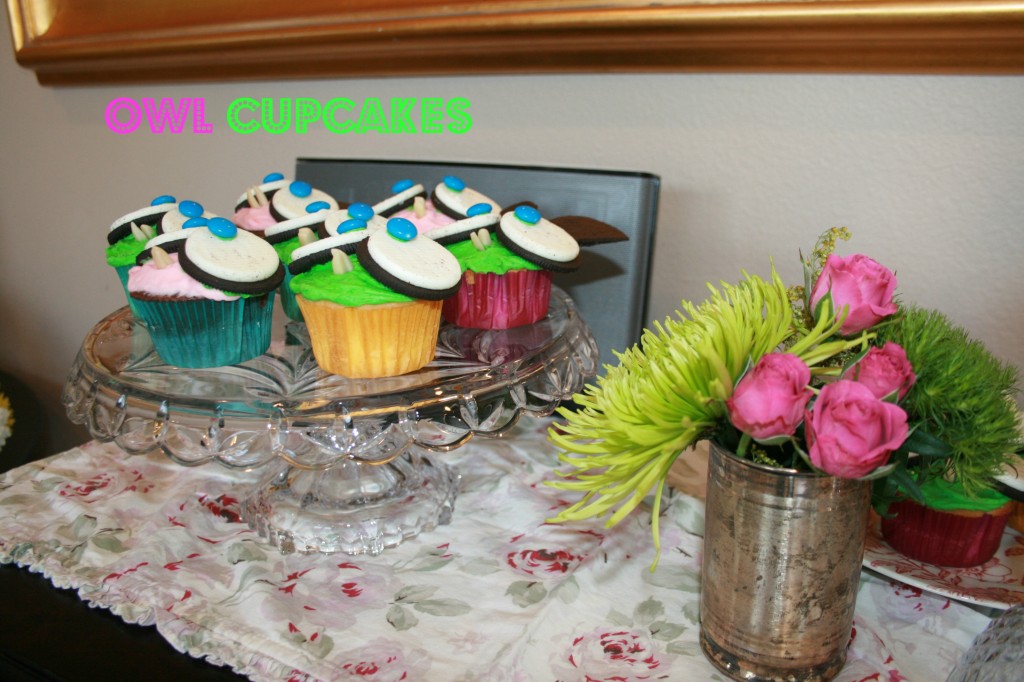 For a centerpiece we made an owl out of fruit. This is not as complicated as it looks. You will need: 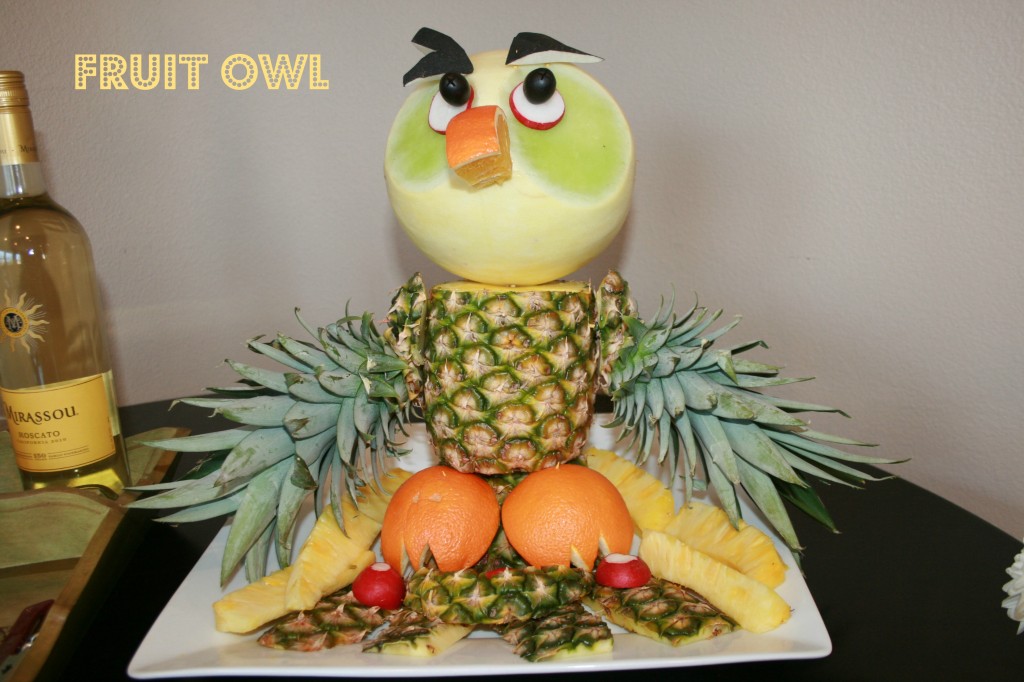 Instead of a smash cake for my daughter we opted to go the cupcake route instead. We used a Big Top Cupcake mold and then covered it on frosting and sprinkles. It was humongous and looked even better than a small cake. For the rest of the food we just BBQ’d burgers, dogs, beans, corn and salad. Easy Peasy. 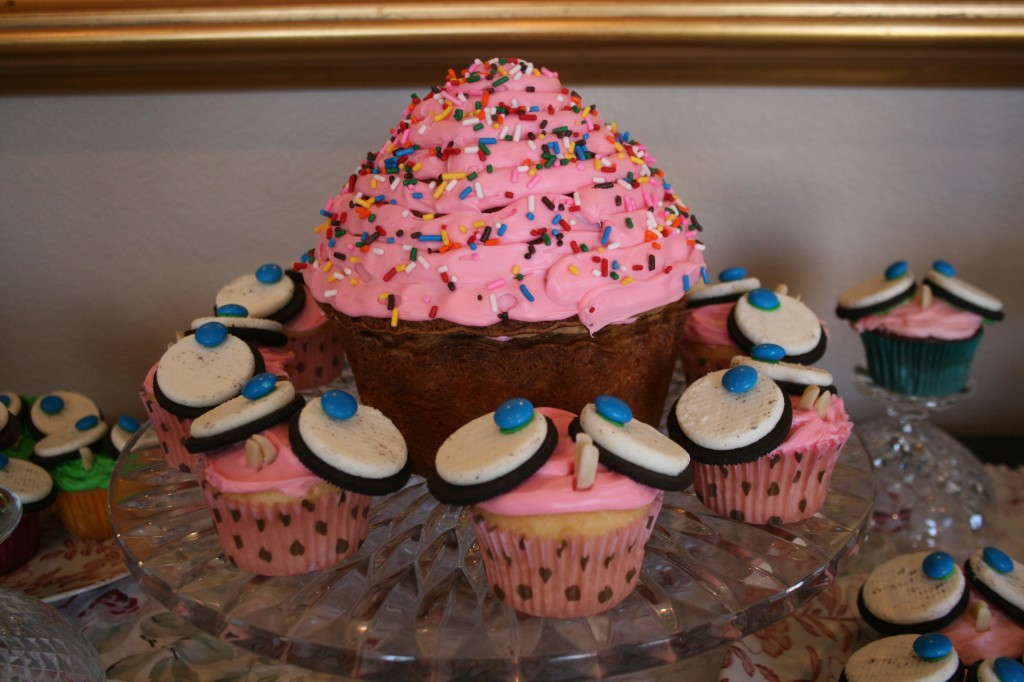 It was a hoot of a party and everyone had a blast!