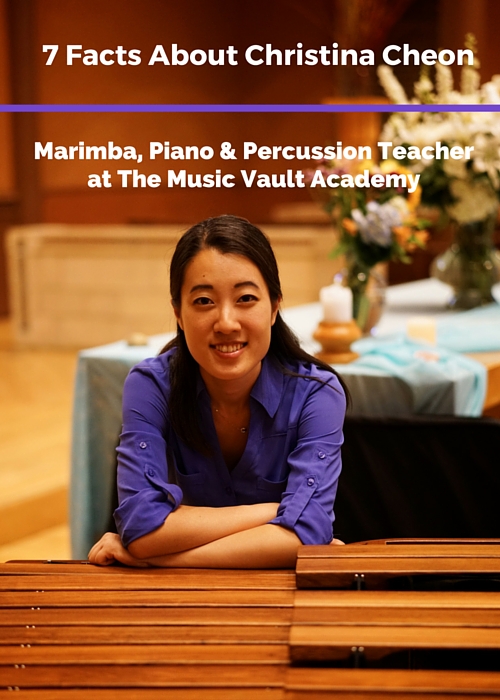 Christina Cheon is The Music Vault Academy’s newest Instructor. She teaches Marimba, Piano and Percussion. Based in Orange County, California, Christina has won multiple competitions and awards such as the first prize of the 2014 Sigma Alpha Iota Scholarship Competition in Pasadena, CA, the scholastic grand prize of the 2009 Southern California International Marimba Competition, and many many more!

Here are 7 facts about Christina: