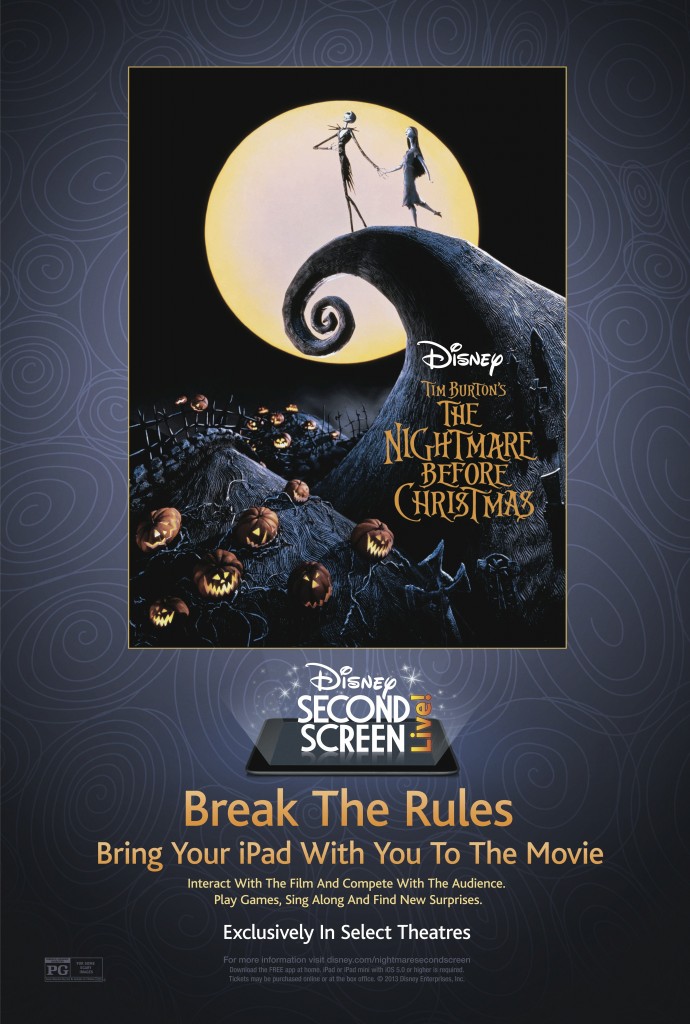 Get ready for a super fun experience with Jack Skellington and your ipad! Guests will get to bring their ipad to the theater for Disney’s  Exclusive Second Screen Live Experiemce of the Tim Burton Film, “The Nightmare Before Christmas” How much fun will it be to break the rules? So fun!
This exclusive  engagement  and interactive movie going experience begins October 18 in select theaters. Download the Second Screen Live: The Nightmare Before Christmas app (https://itunes.apple.com/us/app/disney-second-screen-live/id705337245?ls=1&mt=8) and bring your iPad to the theater to explore the cult classic from the mind of Tim Burton and become part of the story likenever before, engaging with the film inreal time through songs, games and audience participation, including competition between friends and teams. 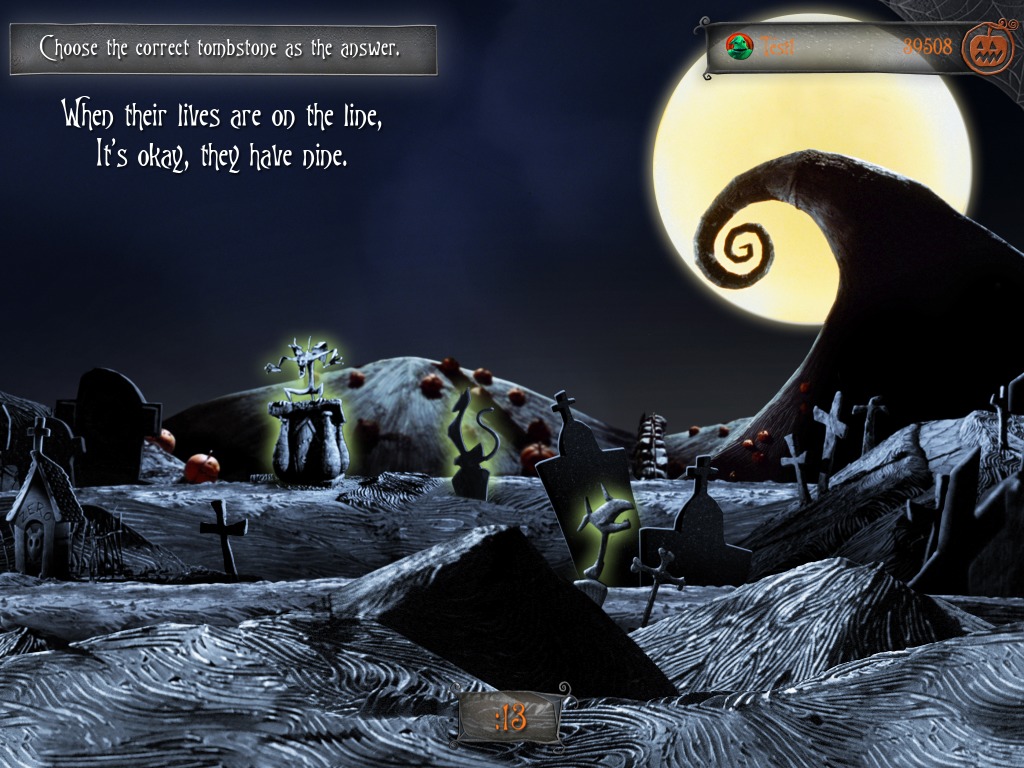 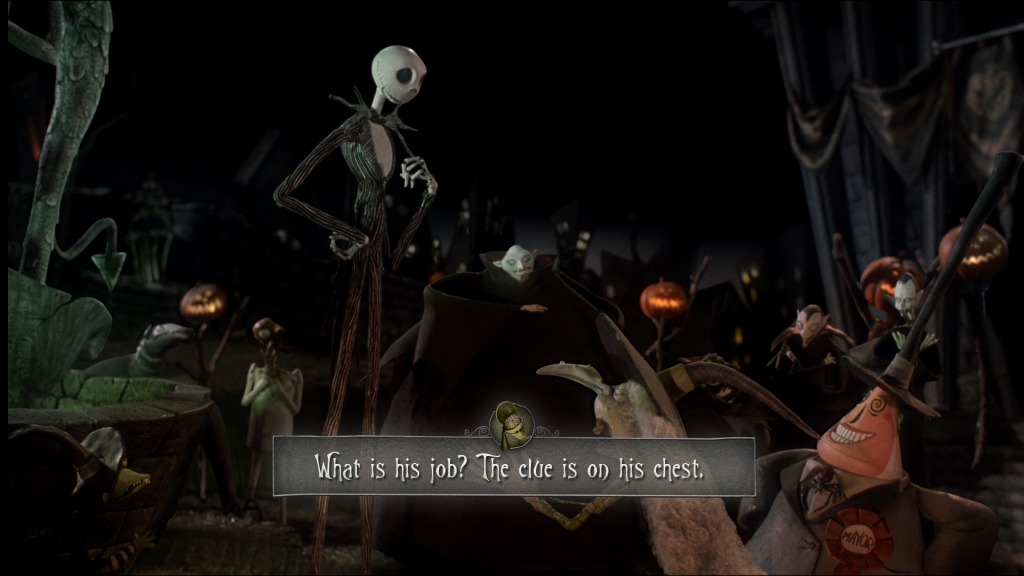 Here is all the info you will need

Requirements:            Guests will need to bring an iPad or iPad mini (running iOS 5.0 or higher) to the theater with the Second Screen Live: The Nightmare Before Christmas app already installed.

Second Screen Live: The Nightmare Before Christmas is a limited engagement and will only play in the following theaters: