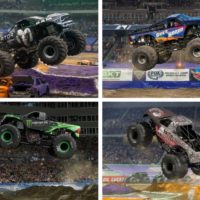 Get ready for another awesome year of tire popping, car flipping fun! Monster Jam is putting on an awesome show at Angel Stadium for thousands of amped fans. The first show is on February. 19th, then February 20th. And they return again February 26th and February 27th. So don’t miss the fun! Pit Party Early Access Pass ($20 + … [More…]