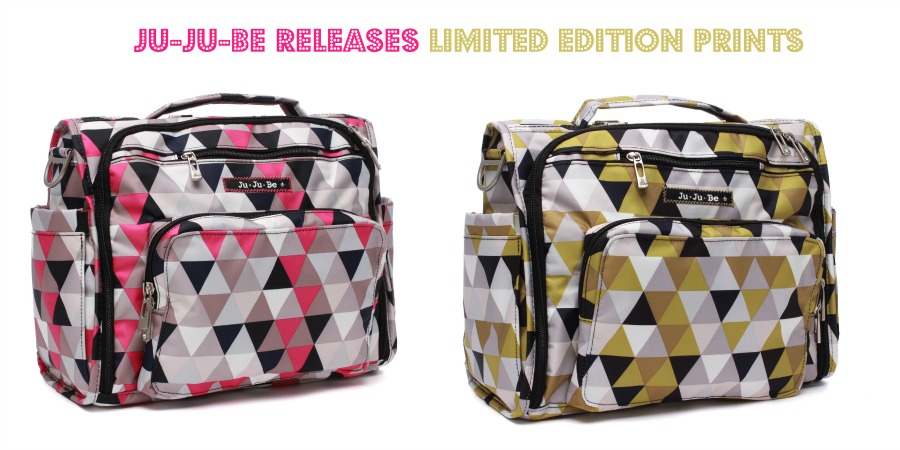 Look stylish and be the talk of the town with a Ju-Ju-Be bag! These hip and stylish bags are loaded with tons of features that every mom loves!
They recently released two new prints, “Olive Juice” and “Pinky Swear”, that appear on numerous Ju-Ju-Be products that are now for sale exclusively at independent retailers nationwide.  For a list of retailers who sell Ju-Ju-Be products, visit www.ju-ju-be.com/store-locator/
“Ju-Ju-Be is thrilled to be exclusively debuting these two new prints at independent retailers across the US,” says Tracie Schor, Ju-Ju-Be’s VP Global Sales. “Independent retailers – and the customers who support them –are very important to Ju-Ju-Be. We want to encourage our loyal fans to shop local.”
Both new geometric prints feature interlocking triangles for a modern and sleek design.  “Olive Juice” mixes greens with silver, grey, and black.  While “Pinky Swear” combines bright pink, with silver, black, and blush hues.